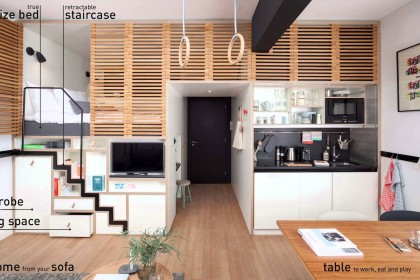 Long gone the time where city people could have plenty square feet / meters in their apartments or huge lands where their could place big houses with lots of rooms. Chances are those kinds of property are already transformed into commercial premises or rented out and listed on AirBnB (which in many cities creating an even more complicated house… Read more →

by leneurbanity on May 26, 2015 in Architecture, Sustainable Materials, Videos

“Bamboos will do good if you use them right.” says Hardy. Revisiting the utilization of bamboo, the most traditional and indigenous material in Indonesia, Hardy has proved that comfort, luxury, and beauty can be manifested and replicated sustainably.

You’ve never seen buildings like this. The stunning bamboo homes built by Elora Hardy and her team in Bali twist, curve and surprise at every turn. They defy convention because the bamboo itself is so enigmatic. No two poles of bamboo are alike, so every home, bridge and bathroom is exquisitely unique. In this beautiful, immersive talk, she shares the potential of bamboo, as both a sustainable resource and a spark for the imagination. “We have had to invent our own rules,” she says.

by leneurbanity on May 1, 2015 in Biofuel, Videos, Waterfront & coastal development

Call it “fuel without fossils”: Jonathan Trent is working on a plan to grow new biofuel by farming micro-algae in floating offshore pods that eat wastewater from cities. Hear his team’s bold vision for Project OMEGA (Offshore Membrane Enclosures for Growing Algae) and how it might power the future. -Ted Talks 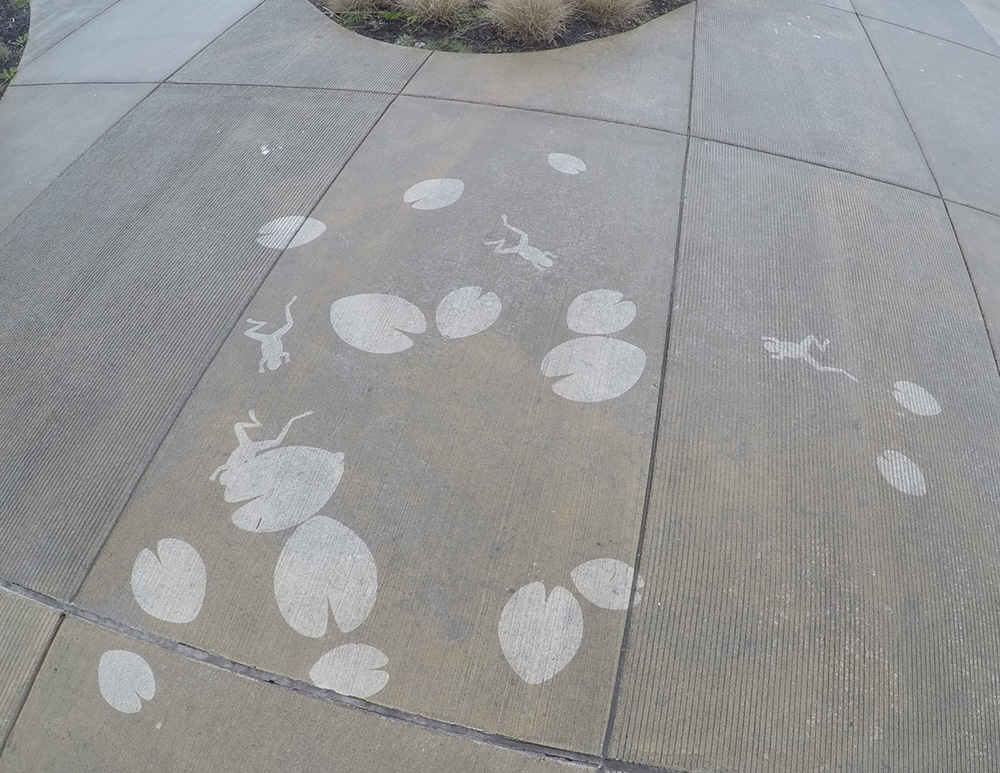 Water Sensitive Urban Design: A Reconciliation Between Water and Cities

By creating ‘water sensitive cities’ it is possible to address the major challenges of water shortage, flooding and pollution. This film, commissioned by the Landscape Institute and based on work by CIRIA, Arup and AECOM, explains the concept of Water Sensitive Urban Design (WSUD) and argues the case for designing ‘with’ water when planning any new development.

WSUD is an integrated solution to flooding, droughts and water quality, which promotes a more rational and frugal use of water alongside the creation of beautiful and resilient places. WSUD is about looking beyond the idea that a pipe in the ground is the best option for dealing with rain water — it is about prioritising all elements of the water cycle when designing and developing new places. WSUD reduces flooding, harnesses the potential of flood water, cuts the demand for potable water and improves water quality — all measures which make the water supply chain more sustainable.

by leneurbanity on April 6, 2015 in Urban Design & Landscape Architecture, Videos

When we think of cities, we think of buildings and skyscrapers and stray cats. For Amanda Burden, who spent 12 years as New York City’s director of urban planning, they’re primarily about people. They’re about where people go and where they meet — that’s the core of how cities work. And for the people, even more important than the buildings are the public spaces in between them. Those, to Burden, are what makes the cities come alive.

The central question she asks is, “What makes a public space work? What is it about unsuccessful places that keeps people away?” Burden, it turns out, was trained as an animal behaviorist, but she uses those skills to study how people interact with their spaces.

As New York’s chief city planner under the Bloomberg administration, Amanda Burden led revitalization of some of the city’s most familiar features — from the High Line to the Brooklyn waterfront (Ted). She exposes several different models of public open spaces in New York City, including the High Line, in order to illustrate which one works and which one does not, how people experience outdoor activities in those spaces, underlining that public spaces indeed have power.

In 1985, architect Paul Pholeros was challenged by the director of an Aboriginal-controlled health service to “stop people getting sick” in a small indigenous community in south Australia. The key insights: think beyond medicine and fix the local environment. In this sparky, interactive talk, Pholeros describes projects undertaken by Healthabitat, the organization he now runs to help reduce poverty—through practical design fixes—in Australia and beyond.

by leneurbanity on March 22, 2015 in Architecture, Videos

As the world’s cities undergo explosive growth, inequality is intensifying. Wealthy neighborhoods and impoverished slums grow side by side, the gap between them widening. In this eye-opening talk, architect Teddy Cruz asks us to rethink urban development from the bottom up. Sharing lessons from the slums of Tijuana, Cruz explores the creative intelligence of the city’s residents and offers a fresh perspective on what we can learn from places of scarcity.

by leneurbanity on March 21, 2015 in Urban Culture, Urban Transportation, Videos

Mapping apps help us find the fastest route to where we’re going. But what if we’d rather wander? Researcher Daniele Quercia demos “happy maps” that take into account not only the route you want to take, but how you want to feel along the way.

Linda Hill: How to manage for collective creativity

by leneurbanity on March 20, 2015 in Urban Economics & Real Estate, Videos

What’s the secret to unlocking the creativity hidden inside your daily work, and giving every great idea a chance? Harvard professor Linda Hill, co-author of “Collective Genius,” has studied some of the world’s most creative companies to come up with a set of tools and tactics to keep great ideas flowing — from everyone in the company, not just the designated “creatives.”